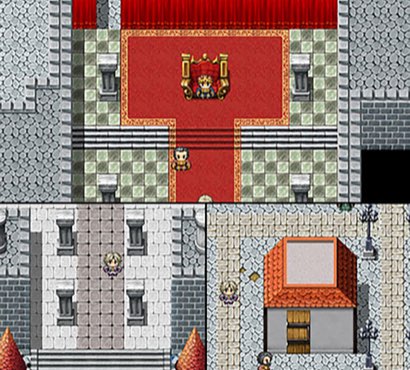 Crysalis – the water of life. For generations, people lived their lives, blessed by the divine water. After finding out from the king that the town Ciuna’s Crysalis spring has run dry, Mio, a Crysalis researcher, is called in.

Go on an epic journey with Mio, and friends. Beautiful maps, elegant music, and fun areas to explore! A game made with RPG Maker VX Ace – our newest engine. It’s free! 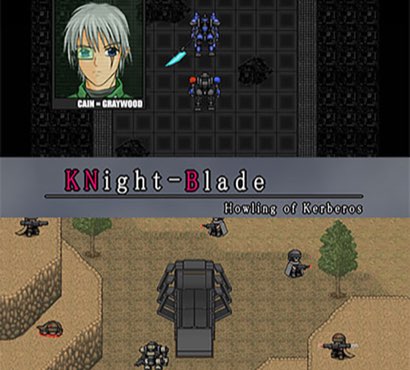 This is a SF fighting game you can enjoy, riding a robot called Assault Gear. The game is based on the basic functions of "RPG MAKER XP" By playing this game, you'll understand what kind of games you can make by "RPG MAKER XP".

In 2077, after World War IV, Cain Graywood, betrayed by the Elite and having his friends killed, enters the headquarters of the Elite for revenge. What awaited him was the strongest armored forces, with the forbidden super weapon "EX-ARMS". 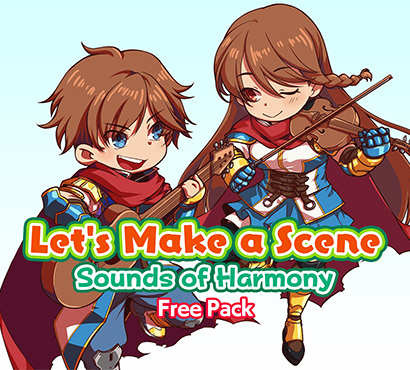 As part of our Let’s Make a Scene: Sounds of Harmony Edition contest, and in collaboration with our fantastic composers, we’re releasing 5 tracks from existing packs free to use!

Get a sample of these 5 packs to help you find the perfect expansion to the music in your game. 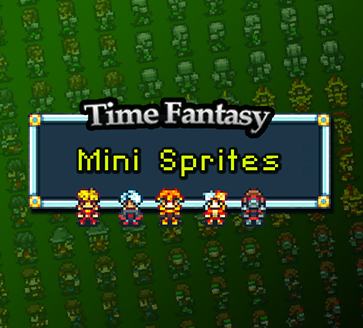 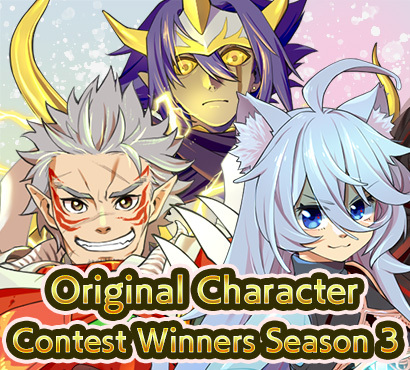 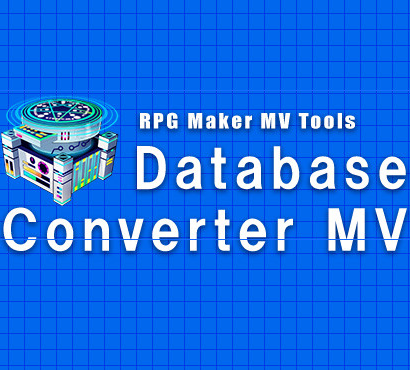 This software is a support application to exchange databases of RPG Maker MV into Excel or CSV format. It can write RPG Maker MV's database and events into datasheets for Excel or CSV, and read them. 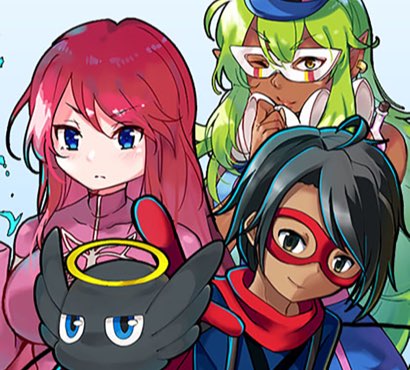 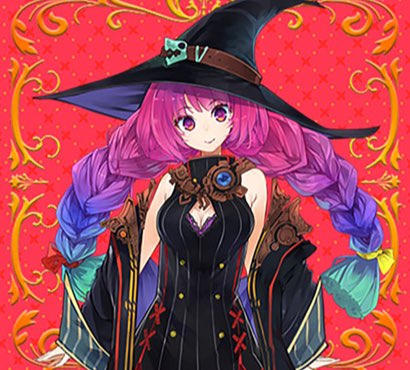 Marsha Erin is a character from the Japanese RPG Maker (Tkool) Official Store Twitter. She is so adorable that we made a mini Free contents pack just about her! 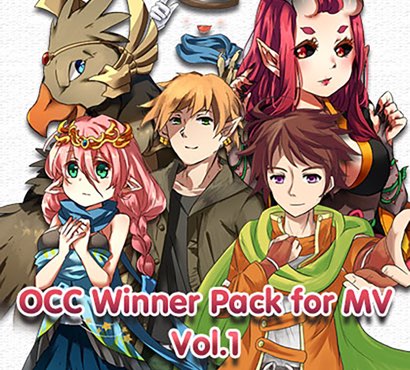 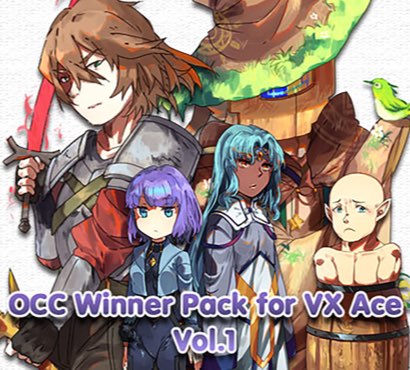 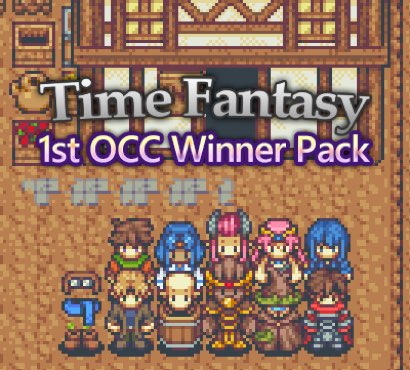 Jason Perry, the creator of Time Fantasy, presents a very special surprise gift for all RPG Makers out there with a new, free DLC!

Thanks to Jason's generous gesture for this contest's winners, the 11 most popular voted characters in the "Original Character Contest" have all been recreated in Time Fantasy style to be released in this free DLC pack!

Included are walking sprites.
Formatted for use in MV, VX Ace XP 2000. What a treat!

February 15th is RPG Maker's 24th birthday, and we feel like celebrating by showcasing some of the most exceptional games made with the program!

In this bundle, we have assembled four of the best games made with RPG Maker XP, VX, and VX Ace. These games were selected for their technical prowess, popularity, and critical acclaim. They are a small but diverse sample of what advanced users can accomplish with the simple-yet-powerful tools of RPG Maker. If you're an aspiring game developer, here's our challenge to you: play these games! Enjoy them, learn from them, and be inspired by them!

Be on the lookout for additional bundles in the coming months! Who knows? Your game might be included in a future bundle! 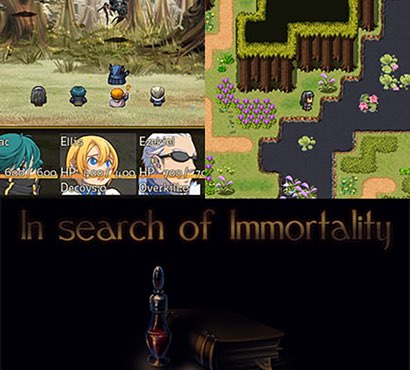 Travel deep into a mysterious tomb and find the Elixir of Immortality!

Made by Indrah and Fomar0153, In Search of Immortality shows a lot of charm and polish for its two-week development timeframe. This three-hour game features four distinct character classes, a dark storyline laced with humor, and a unique spin on the conditional turn-based battle system! If you're looking for a short but sweet free RPG fix, or proof that you can make a good RPG in a short timeframe, then this may be your answer! 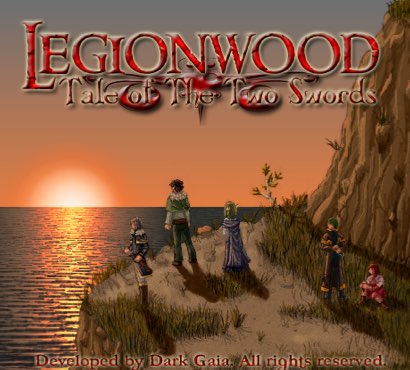 The world has been at peace since the Great War ended 1000 years ago. Now, an ancient antagonist is ready to set in motion a plan that has been in the making for centuries. Take control of Lann Northshire, an ordinary peasant who is unwillingly thrown into a conflict that will soon engulf the entire world. The fate of Legionwood hangs in the balance. Will you be able to restore peace to the land? With a thrilling story of love, revenge, war and peace, Legionwood is an adventure that you won't want to pass up!

Legionwood is an RPG that emphasizes familiarity: it embraces the fundamentals of old school RPG design while remaining fresh. Created by Dark Gaia, this hugely popular VX game features a large world with plenty of side quests and plot twists over the course of nearly twenty hours of gameplay! 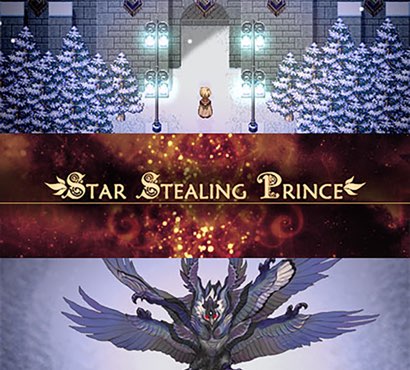 In a kingdom covered in snow, in a kingdom where the snow never melts and never goes away, there lives a prince who keeps watch over his kingdom and resolves to maintain peace. When the prince learns that his family's history isn't as spotless as he had been told, he endeavors to fix what his family had done wrong and to ensure the continual peace of his kingdom. This will lead the prince to battling the phantoms that prowl the lands, to saving a princess, and to realizing the secrets of his family and his kingdom.

Created by Ronove, Star Stealing Prince is one of the most acclaimed games for RPG Maker VX. This wonderful RPG emphasizes breathtaking graphics, exploration, well-crafted characters, and challenging turn-based battles. Be sure to check it out! 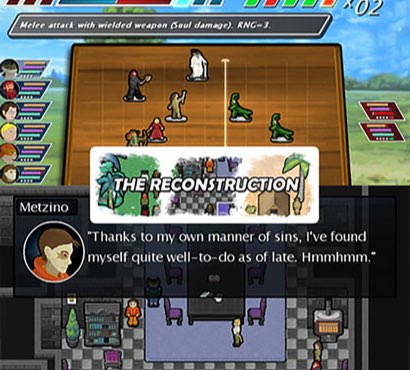 Would you stake your life on a world that cannot be saved? Follow Dehl Sikohlon and his rag-tag guild, who strive to rid the world of turmoil!

Want to see what happens when someone pushes RPG Maker XP to the limits? Then check out The Reconstruction, a turn-based strategy/tactical RPG by Deltree. This game holds nothing back: it features a ton of custom battle systems, a quest-based storyline, stylistic graphics, and nearly 30 hours of gameplay. If you're looking for inspiration on how to make something completely atypical for RPG Maker, then look no further!

In this bundle, we have assembled four more of the best games made with RPG Maker VX and VX Ace! These four games were selected for their technical prowess, popularity, and critical acclaim. They are a sample of what advanced users can do with the simple-yet-powerful tools of RPG Maker. Future bundles will also include games from RPG Maker VX Ace. Who knows? Your game could be one of those included!

If you're an aspiring game developer, here's our challenge to you: play these games! Enjoy them, learn from them, and be inspired by them! 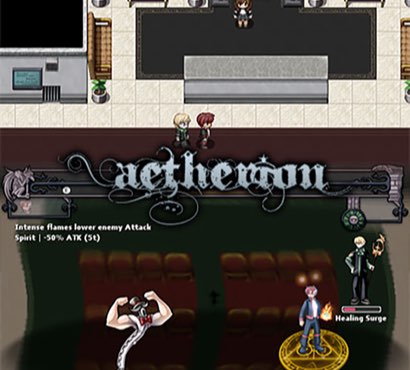 Explore a surrealistic world in this acclaimed entry to the 2011 RMN Summer Games Contest, created by Anaryu, Krisanna, and Solitayre!

The world of Aetherion, a strange place where dreams and reality are closely intertwined, is under threat from otherworldly entities called Raythe. To protect the world from the Raythe, the ARC Institute was founded: their goal is to study and protect against the Aether, the mysterious realm from which Raythe originate. Take on the role of Edan, a new initiate at the ARC Institute, as he learns the secrets of the Aether and takes up his mission to protect the world from the looming nightmares that threaten it. 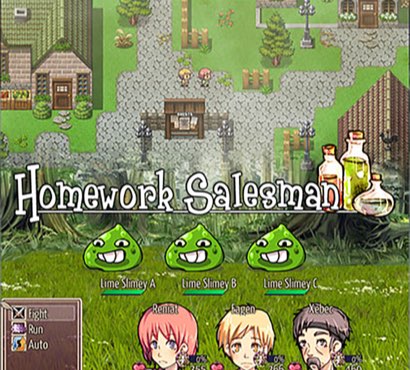 Take part in a life simulation game with an emphasis on dungeon exploration, completing quests, crafting new equipment and items, and befriending the people in town!

Created by Diedrupo and Ronove, Homework Salesman tells the story of Reniat, who returns to her home village after years away at boarding school to find that the village is nearly deserted. The mine that the village depended on heavily for boosting its economy and tourism has been overrun by monsters and no one has bothered doing anything about it. Having trained as an adventurer, she decides to see what she can do about reviving the town and making a name for herself in the world. 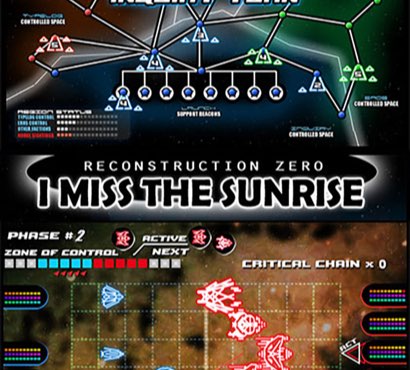 "Where were you when the universe ended?" 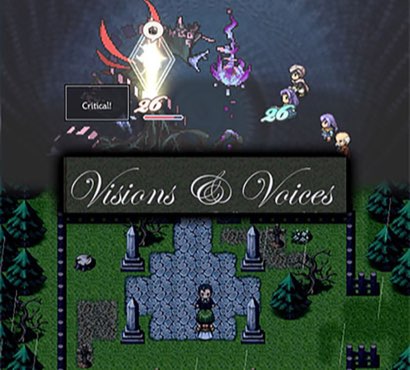 Visions & Voices (by Crazetex and Karsuman) is an exploration-based RPG set in the Montfort village. One man, the Wanderer, has decided to brave the village and figure out what is going on - why the people are vanishing, and why those who don't are going insane. Enter the village, if you dare - but who are you do stop the apotheosis of a madman?