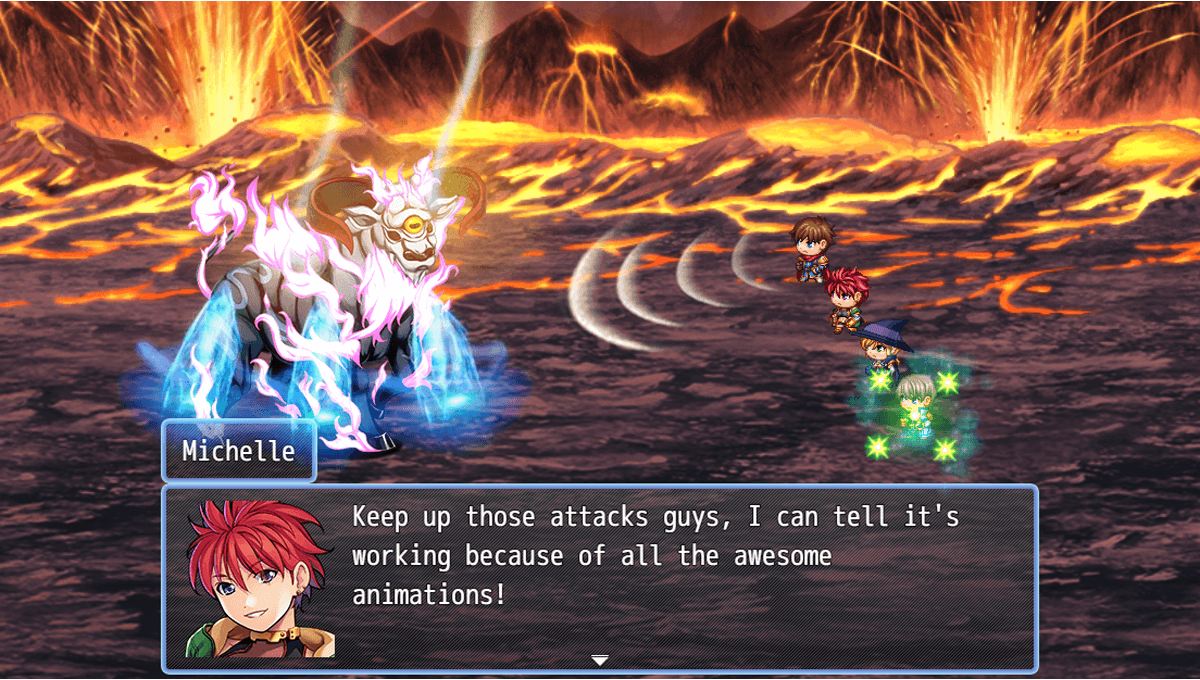 Have you been searching for some new magic battle animations that remind you of old school jrpgs? Then it’s time to check out JosephSeraph’s 3D animations!

‍JosephSeraph’s 3D thread has some very cool 3D items, but we’ll be focusing on the battle animations. The Ace-sized options are perfect for using in MV or MZ, and offer some great replacements to MZ’s default animations.

Need some new healing animations? Then grab the potion and white magic cast animation sheets! Full of swirling sparkles and soft glowing orbs, these animations are perfect for restoring HP or curing poisons. Grab the smaller sheet with four bright green stars for when someone needs to heal a minor injury or for when your enemies restore their stats to normal.

When you need to revive an ally or heal almost all of their health, then why not choose the white magic animations? With soft twinkling lights behind spinning clear crystal balls, it makes it clear that some mystical powers are being invoked. Or create a powerful healing item use the other potion animation, where tons of bright sparkles and green bubbles encircle

Your mages and elemental-wielding party members will love JosephSeraph’s magical animations. Make your pyromancer happy by offering up multiple skill options thanks to three different fire sheets. Summon flames around a foe's feet before it explodes into a fireball, or consume the whole enemy in a brilliant blast of fire!

Surprise an enemy with a spike of ice that is summoned from underfoot thanks to the blizzard sheet, or trap them in a vortex of water where bubbles rip the air from their lungs. Or leave enemies paralyzed in fear thanks to the thunder animation that can create lightning strike after lightning strike all over the screen (match it with thunderous SEs for maximum effect).

Want to include a magic spell that’s not based off of an element? Then pick up the glyph sheet, where a mystical teal border frames a bright glyph that glows before shrinking and fading away. Use it to decrease an enemy’s stats or leave them with a state that will weaken them when you hit them with another magic attack.

Don’t forget your physical warriors! Your heroes who use blades can make use of JosephSeraph’s slash animations, which include a sweeping cut that explodes towards the end of the sheet. If you use only the first part of the animation you can create a basic slash attack, and save the second half for special moves. Or create a deadly skill that requires 100 TP by using the basic slash multiple times and ending with one final explosive swing of your hero’s sword!

And don’t forget that you can use two animation sheets together, giving you even more options! Mix a slash sheet with fire to leave your enemy with burns, or have some glyphs appear to power up a blizzard attack. So if your game has been begging for some different animations, check out JosephSeraph’s 3D FX thread!