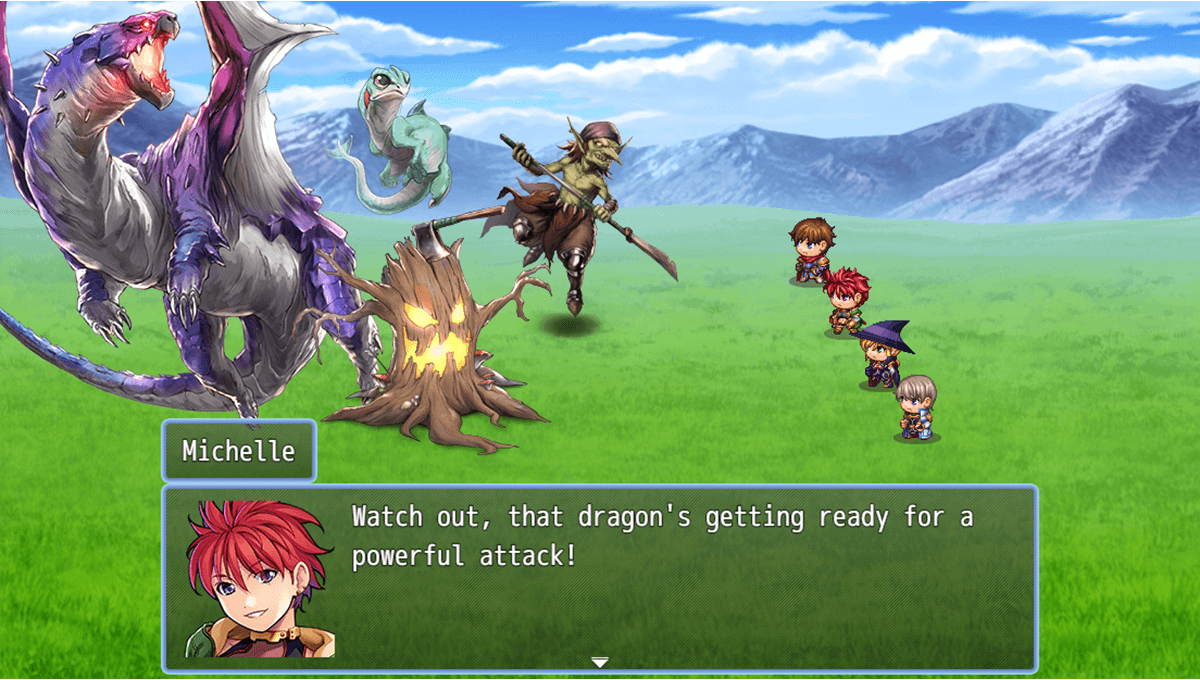 We all love seeing beautiful monster designs, but sometimes it’s tough to find small sets of battlers that all work well together. Many of our games’ battles could use some fun fantasy creatures like living trees, goblins, and dragons, so this week we’re checking out Nemo111’s battler collections!

‍Nemo’s Battler thread contains a selection of battler collections, so we can choose battler packs that will fit our game. Want to make your forests more dangerous? Pick up Nemo111’s evil tree pack so trees and damaged stumps can get some revenge! Have a mine that’s a bit too quiet at the moment? Have the bomb trio battlers add some explosive excitement! So let’s think about a few places where we could use some new enemies and take a look at some of Nemo111’s collections.

His evil tree pack contains three different designs for some foliage foes! Have your heroes learn how to fight against a short tree trunk that has already been damaged by arrows and a sword, or offer them a quest to locate a lumberjack’s favorite axe that is currently stuck in a cursed stump’s forehead. A tall, mushroom-covered treant is the last design in this pack, a great choice for the first forest dungeon’s final boss!

But what about if we wanted some creepy tree foes in our game’s swamps? Nemo111 has us covered, since he included 6 recolors of each enemy design so we can match them to different locations! The brown bark and green leaves could be staples of normal forest treants, while swamps or magical clearings could have ones with red leaves and unusual bark.

The next collection we’ll look at is the goblin gang pack! Goblins make for great enemies to practice skills on, so Nemo111’s 3 new goblins give us even more foes to face. Give your players some enemies that require different strategies to take them down, with the melee-focused goblin needing disarmed before it can strike the heroes weak points while the staff-carrying goblin mage is throwing buffs and debuffs all around the battle! And if your players are getting too confident facing off against scrawny goblins, challenge them with a big-bellied goblin chief!

Next up is a pack that focuses on the stages of life for a monster: dragon evolutions! Have your heroes fight against the same enemy multiple times by facing it in its baby stage, young stage, and adult stage throughout the game. Each stage is distinct but with enough similarities that we can easily tell they’re from the same species, so we could create a special battle where a baby dragon calls for its parents a few turns in, making a seemingly simple fight a lot more challenging!

Keeping with the dragon theme, Nemo111 also created Kamedran, a huge dragon inspired by snapping turtles! This strong-jawed dragon is clearly the master of its domain, so any heroes that face it had better be prepared for a deadly fight. Kamedran comes in 6 different colors, so you can choose the red one to rule over a volcano, green hunt in lush forests, or have a blue dragon attack unlucky adventurers in icy tundras.

And as if that wasn’t enough, each recolor comes with a version where its mouth glows a dangerous red. We could use the glowing version as a warning to our players that they need to get ready to block a powerful blast!

Nemo111 has more than just these examples in his thread, so check out Nemo’s Battlers if you’ve been itching for some new enemies to add to your games!