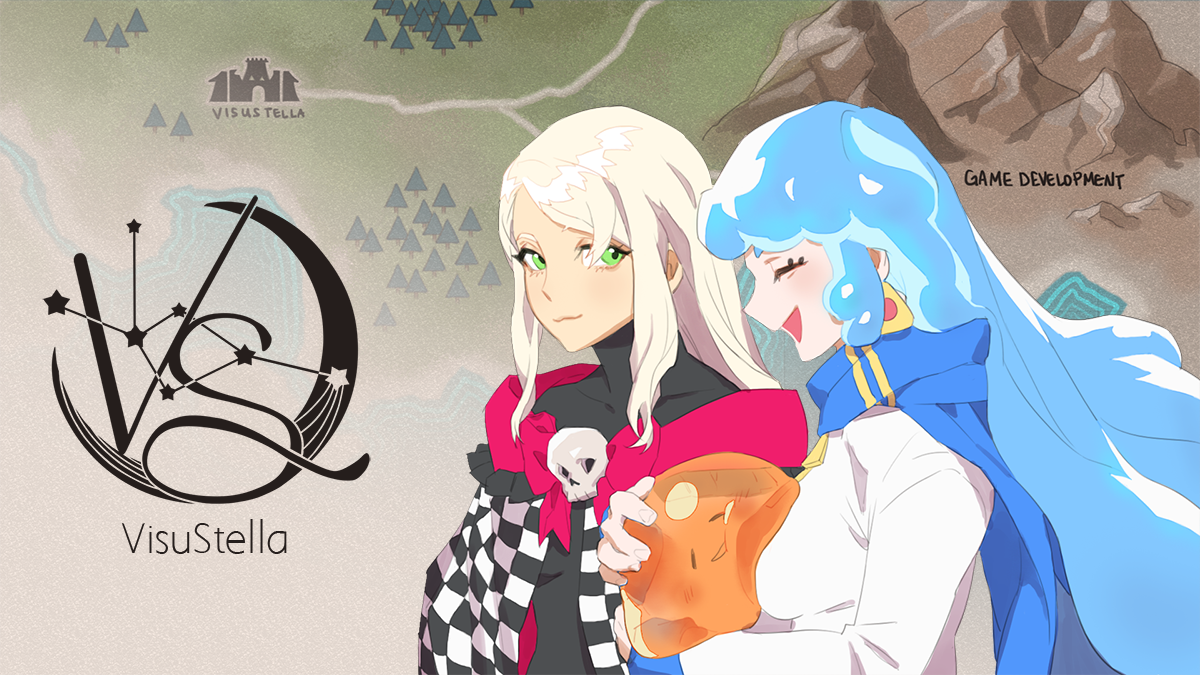 When it comes to MZ plugins, it is hard to avoid one name: Visustella. But what is it that Visustella offers? Well we asked and they answered. Let's learn about what is available from the Visustella team!

Looking for a list of trusted Plugin Creators? Be sure to check out our RPG Maker MZ Plugin List!

Ten of VisuStella MZ’s plugins are free to use. These ten consist of the cores for everything else in the library. Each of these ten cores contain immense amounts of customization and control over the many aspects available to RPG Maker. In fact, it would not be an exaggeration to say the features contained in these ten plugins are able to help you create 80% or more of your game. That’s just how feature-rich these ten cores are.

Let’s talk about five of them to give you an idea on what they have to offer.

‍
The VisuStella MZ Core Engine enhances the basic foundation for RPG Maker MZ. Controls are smoothed out to a more modern feel. Players can enter character names with their keyboards. Colors for gauges can be switched out as the dev desires. A plethora of quality of life options are included, too, to speed up your play test sessions, debugging, and more!

However, those are the small advantages of using the VisuStella MZ Battle Core. The biggest advantage would be to gain access to the large range of battle systems made possible through the Battle Core’s foundations as long as you have the associated premium plugin. These battle systems range from Grandia’s ATB, Final Fantasy X’s CTB, Persona 5’s STB, Bravely Default’s BTB, and there’s even more in production!

A good looking menu is a must have for any kind of game, RPG’s included. The VisuStella MZ Main Menu Core gives you a large list of pre-made and customizable layouts to pick and choose from. Show off character portraits, use faces, or perhaps their sprites if that’s what fits your game more. If your game only features one character, that’s fine. There’s even a solo-character option, too.

The VisuStella MZ Message Core offers you more control than you ever need for the message system. From word wrap capabilities to center-aligning text, making text bold and italic, it’s all here. And if it isn’t, you can even create your own text codes, macros, and more with the plugin’s settings. Ever wanted to auto-color keywords so that way your players will never miss them? The Message Core does that, too!

The VisuStella MZ Elements and Status Menu Core adds in trait sets to let you quickly define what your characters are like. Are they male, female, both even? What about their alignment? Lawful evil or chaotic good? What zodiac are they? What’s their nature like? Create whatever traits you want to assign to your actors and enemies to give them that bit of extra personality. Furthermore, these function as mechanical enhancements because they also streamline the creation process by assigning RPG Maker MZ traits and effects to each of them.

And that’s just five of the ten free cores that VisuStella MZ has to offer. You can download and play with these ten free plugins here in the VisuStella MZ Sample Project.

Let’s take a look at some of our favorites!

I don’t know about you, but I love a good class changing system in the RPG’s I play. The VisuStella MZ Class Change System plugin implements the functionality for players to alter the classes of their characters on the go, so that you don’t have to create entire event systems to do it yourself. Not only can players change an actor’s class, they can assign multiple classes, too, allowing effectively different layers of class control. Subclassing, triple-classing, multi-classing, it’s all here.

Item crafting scratches a magical itch for me in RPG’s. The euphoria I get when I create items through crafting is immensely satisfying. The VisuStella MZ Item Crafting System adds such a feature to scratch that itch. Create the recipes for each item you want, assign how many costs, what kind of animation is played when it succeeds, and more! Create a tier system that reveals more recipes the more your player crafts!

Every RPG nowadays has a quest journal of some sort. These help the player keep track of what they have to do and what their objectives are. The VisuStella MZ Quest Journal System allows you to create an unlimited amount of quests with objectives, rewards, and so forth to help players keep track of what it is they need to do in your game.

Do you tire of games where the only way to acquire new skills is through leveling up? Wouldn’t it be nice if the player had a bit of agency in what skills they wanted their characters to learn? The VisuStella MZ Skill Learn System allows players to pick and choose skills to learn from inside the skill menu (as long as they meet the requirements). Give players the agency they want and break free of that boring learn-new-skills-upon-leveling-up trope.

Bored of making maps restrained to the grid? The VisuStella MZ Grid-Free Doodads plugin lets users break free of the grid and place tileset objects and more anywhere on the map they want. With extremely flexible layer control, sprite options and effects, you can do even more with doodads than what you normally could with just the editor alone!

Making a good on-screen touch encounter system takes a lot of work. The VisuStella MZ Encounter Effects plugin will do most of that work for you. Make certain events chase the player once they’re within their field of vision. Give players an advantage in battle if they can sneak up on enemy events. Or even reverse it and make enemies have an advantage if they can give your player’s party a jump scare.

With VisuStella MZ’s Extra Enemy Drops, enemies can now drop more than 3 items! And players can see what they drop, too! The items will fly out like:

Oh, and different item rarities have different glowing and flashing effects, too!

I’m sure many of you don’t want to burn a hole in your wallets if you buy these premium plugins. Don’t worry, Team VisuStella doesn’t want your wallet to suffocate either. They’ve devised a way for you to purchase the plugins in bulk to save on money! We’re not talking saving like 25%. We’re talking more than 50% saved!

When VisuStella releases plugins, they release the plugins in waves. These waves are groups of 8 to 10 plugins each. Each wave contains a good mixture of gameplay defining plugins, extension plugins, and enhancement plugins.

The waves can be bought as a set for $25 each, which is considerably cheaper than buying the plugins individually.

Be sure to check out what plugins each wave has to offer!

VisuStella wishes to support you, aspiring game devs, with our plugins. Get a feel for what the plugins can offer with our Sample Project and the free ten core plugins first. If you feel confident in our quality, quantity, and accessibility, only then should you consider our premium plugins. We wish you all success in your journey as a game developer.

Welcome to the Touch the Stars Game Jam!

Hello everyone, and welcome to the largest RPG Maker event of the year: The Touch the Stars Game Jam!

Our Summer Sale is here! 30% off MZ, and huge discounts across the entire RPG Maker Engine and Asset Catalogue.

Starting June 1st, the games department of Degica has evolved and become its own company: Komodo!