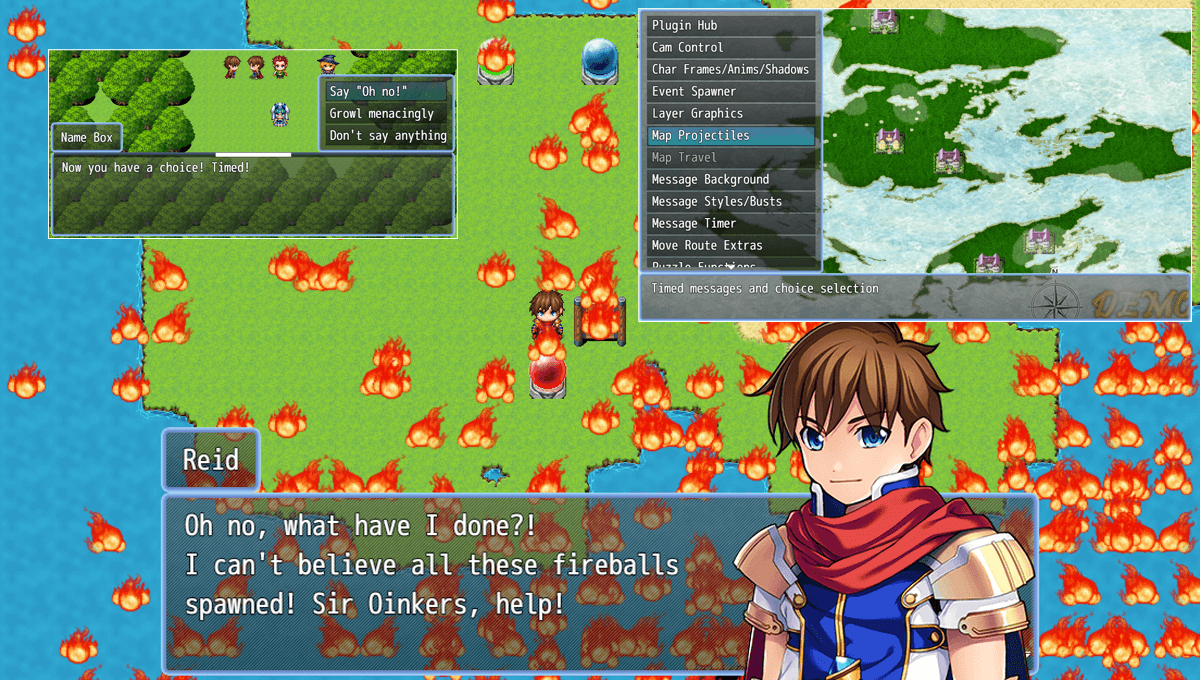 This week we’re diving back into MZ plugins with a look at Galv! Galv has been around making scripts and plugins for years, and now is creating for MZ. With a selection that includes audio and visual effects, on map changes, and event utilities, Galv’s got something for every type of game.

Galv has a pretty big list of plugins already available, so let’s take a closer look at a few of them.

First up is a plugin for those of us who can never have too many events on a map. Galv’s Event Spawner plugin lets us place copies of events onto a map and control where they spawn with either coordinates or regions. That means it’s easy to randomize enemies who walk around the map, or switch up where treasure chests appear in dungeons. And since all of the spawned events are based off of a main one, if we decide that we want to use a different sprite or change what the event does we don’t need to worry about changing hundreds of copied events. It also includes a ‘save’ option for the spawned events so that they’ll stick around even if we leave the map, which means we can let our players plant crops and not have to worry about them disappearing from their farm if they go on an adventure! A script call is all it takes to despawn the events, so we can make all sorts of minigames based around grabbing events before they disappear.

One of his other plugins is visible in the screenshot above, Message Busts! Instead of having a small face image in the message box, we can show a character’s bust without needing to deal with the Show Picture command. That’s not the only message-related plugin Galv has made though. If you’ve been wanting to force your players to make a split-second choice with actual consequences for taking too long, then his Message Timer plugin is for you. Now we can choose just how long certain messages and choices last, which is perfect for visual novels or life-or-death action scenes!

Speaking of action, his Map Projectiles plugin can help us take our action scenes to the next level! It does take some setting up, but once we’ve done that we can create exciting puzzles where our players need to dodge fireballs or simple shooting minigames. If some of our cutscenes could use some firepower, we could use the projectiles to make archer events who shoot arrows during a castle siege, or turn them into bullets for thugs to fire at our players when they accidentally end up in the dangerous part of time.

Lastly, a plugin that’s perfect for globe-trotting games. The Map Travel plugin gives us a brand new scene where our players can pick their next destination. It’s a great alternative to a large world map, instead of wandering around an open map we can send our players right to where they need to be! It’s another plugin that takes a bit of set-up, but the plugin help file explains it thoroughly so once we understand we can build a custom map that perfectly fits our games. We could make a fast-travel item to help our heroes backtrack to previous villages, create a hub town that connects to a list of dungeons, or even make it easy to let our players visit only the important places in a huge city!

This was just a tiny look at Galv’s massive list of plugins, so if you want to see more of what he’s made then check out Galv on the forum or his website! 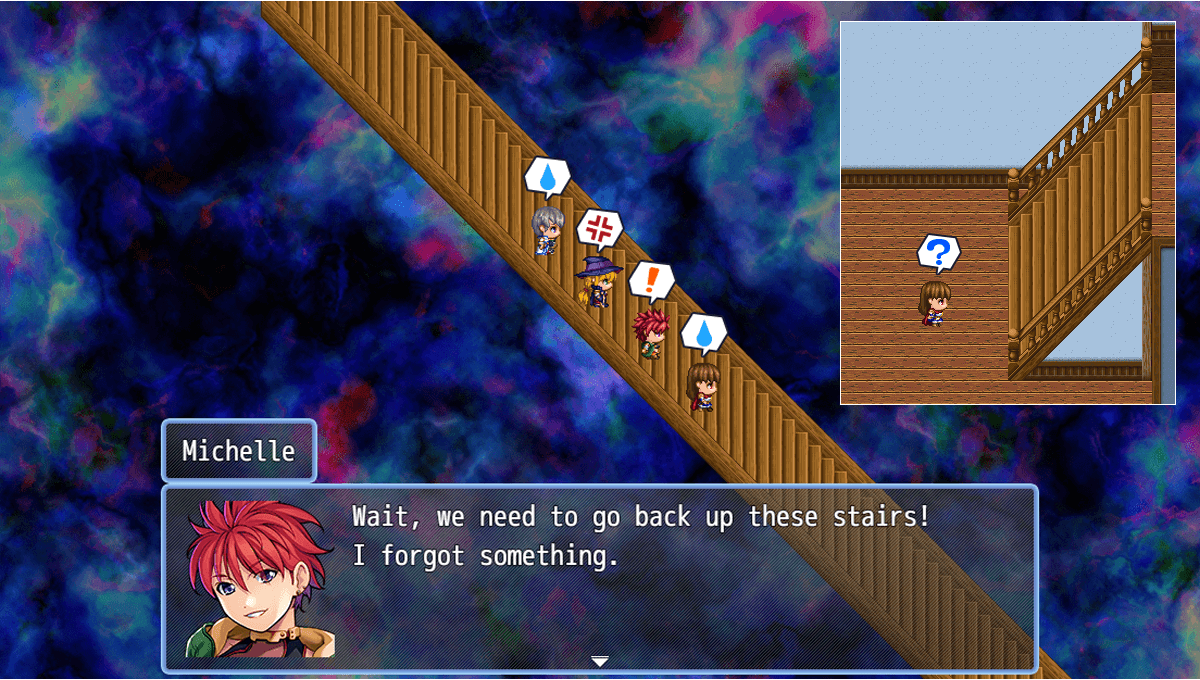 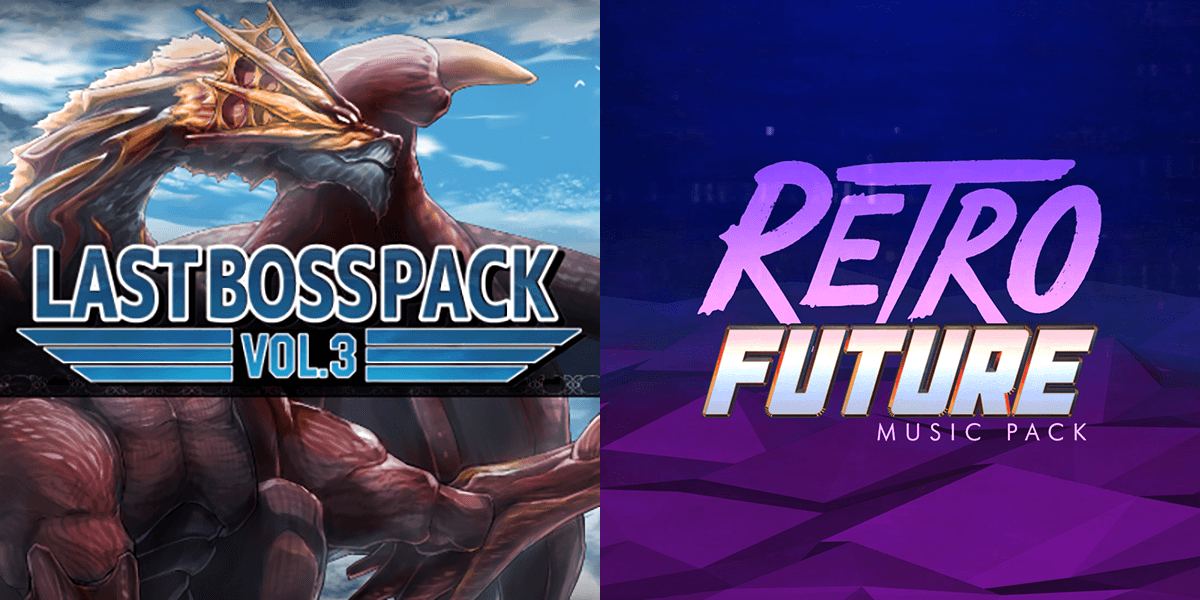 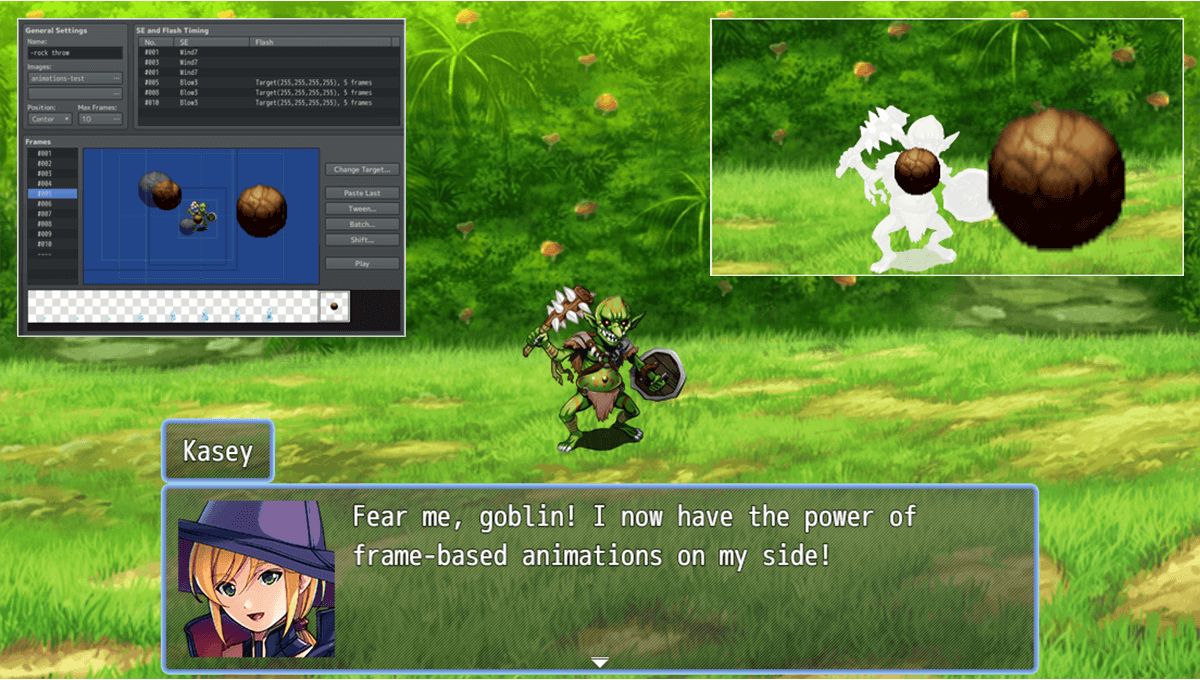