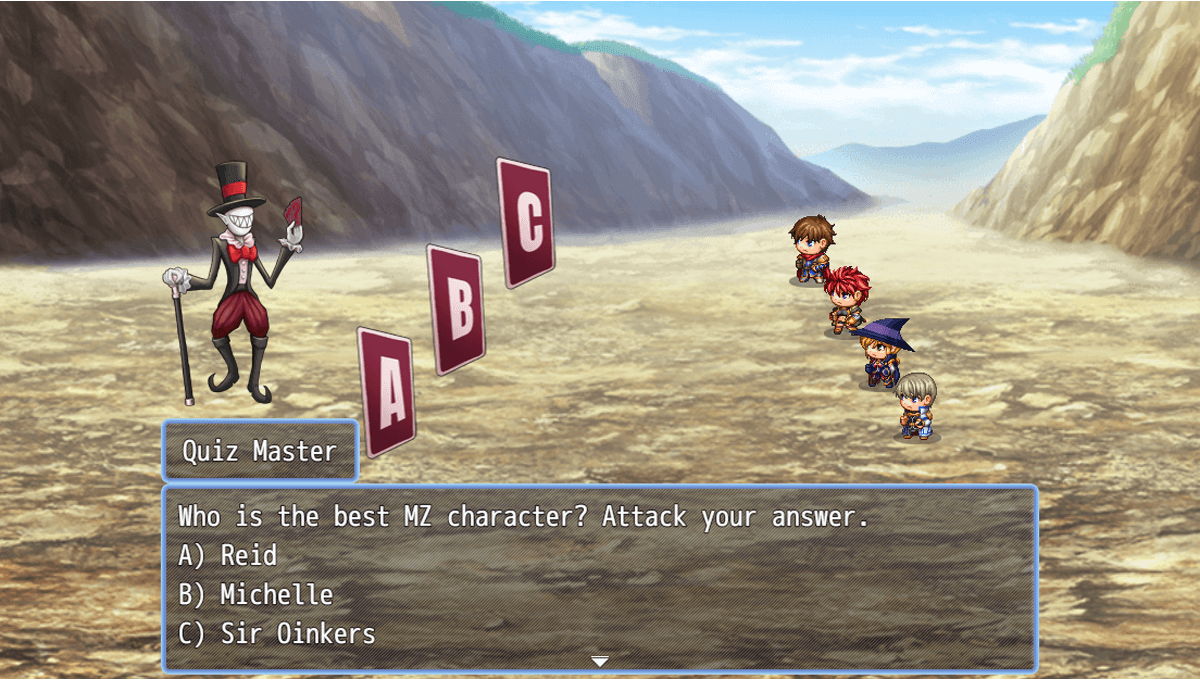 Nowis-337 is a big fan of unique gameplay, which shows up in his two packs of battlers. Monster Encounters 1 focuses on enemies that are fantasy-themed, with a possessed pot, a mage ready to strike, and an angry sandworm being just a few of the included battlers. Monster Encounters 2 shows some love to sci-fi with a mad scientist, mechs, and even a cockroach-overrun dumpster, which gives plenty of options to games with modern and futuristic themes.

Both packs include multiple variations for each battler, which gives us lots of options when it comes to imagining up fun battle mechanics. We could have the player need to take out an octopus’ tentacles before striking it in the head, or have the stone tortoise retreat into its shell to avoid damage for a turn.

The variations mean we can make multiple enemies that have similar HP, but different skills and weaknesses. We could use the different mages to create the ultimate elemental team, or make one powerful witch who can shift her form to wield different types of magic throughout the battle. All the variations give us as devs plenty of ways to have fun with our fights.

Nowis-337 has also made some battlers that don’t appear dangerous but do give us some ways to make battles where doing the most damage isn’t the point. A selection of card battlers mean we could host a quiz mid-battle, where right answers could lead to buffs. Or we could use some button battlers to make a special battle where players need to hit the buttons in the right order to open a gate on the map.

Battlers aren’t all Nowis-337 has made though, he’s also created a bunch of Effekseer animations! Eight new animations give us more options to show off our cool battle skills. Our physical attacks can get an upgrade with a hefty hammer strike or a curving red slash, and our brawlers can slam into enemies with a powerful impact strike or hit an enemy with an earth-shattering punch. Long-range animations also get some love with a burst for a bullet and powerful laser blast. Last but certainly not least are two animations that could serve all sorts of purposes. Buff your party members or charm your enemies with a kiss and burst of hearts, or activate a rare item’s effect with magically floating crystals. Each animation is a thing of beauty, and coming up with skills to use them with is a great way to make working on battles more fun.

If you’ve been wanting to add some interesting battle mechanics based around battlers or just want some new options for skill animations, go check out Nowis-337’s Art Resources!