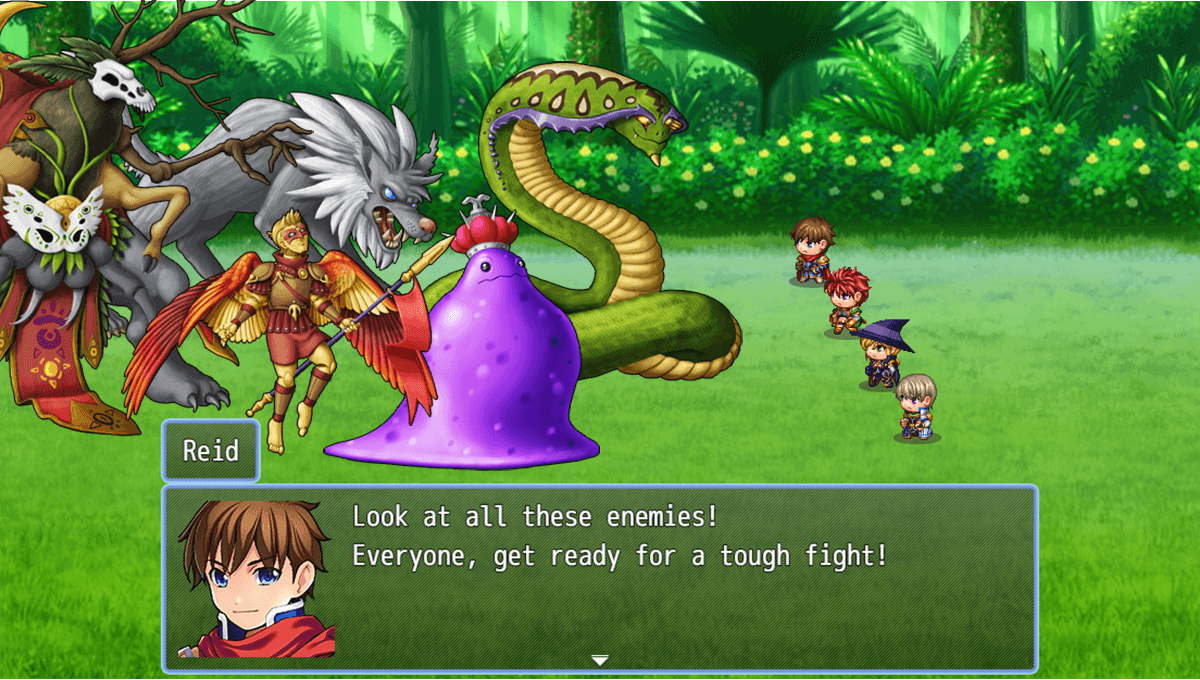 Finding the right battlers for your game can be tough, especially if your game covers all sorts of locations with many different types of foes. There are only a few sets of battlers that can offer up an expansive collection to choose from, one of which is today’s highlight: Thalzon.

‍Thalzon’s MV Battlers thread has been in the works for more than five years, and it shows with hundreds of different enemies to choose from! From powerful angels to monstrous demons, there’s a good chance that any enemy you’ve thought of can be found in his thread. We can’t cover every battler, so let’s take a closer look at just a few sets in this post.

First up, let’s take a peek at the forest set. If you need some foes for your heroes to face at the start of your game, why not start with some bees and spiders? And once your players are used to your battle system, you can up the difficulty by sending some goblin shamans and thieves to block their path!

If your hero is a hunter, why not include some battles against wild bears or wolves? Just be careful to not upset the forest’s elves, who may attack you with bows, spears, and swords if you hunt too many creatures!

The forest set also includes anthropomorphized animals and plants, so you could face off against sword-carrying rabbits and angry pitcher plants on your way to face the forest’s final foe: giant treants!

If the steampunk style calls out to you, then check Thalzon’s steampunk set! Steam-powered sweeper robots and tool-wielding mechanics can take to your gear-filled streets to battle your heroes, and metal maids can teach your heroes to not enter random houses. Be careful not to break too many of the city’s rules though, or else your players may have to face the well-armed city soldiers with their guns and robot exoskeletons!

Even outside of your steampunk cities you can still keep battling robotic enemies. Maybe there’s a mad scientist who has created tons of robotic animals, forcing your players to face brass cats and dogs, spiders with lightbulb abdomens, or even a hammerhead shark with an actual hammer on its head!

Thalzon’s newest creations cover a variety of monsters, from disembodied appendages to not-so-nice demonic cats. Sea and shore-based enemies like crabs and squids also make an appearance, so be careful when you’re travelling by ship! Don’t let the glowing jellyfish trap you in its tentacles!

And there’s so many more enemies to choose from, like tropical foes, creatures from the underworld, and even winged celestials! If you’ve been looking for some awesome enemies to add to your game, go check out Thalzon’s MV Battlers thread!