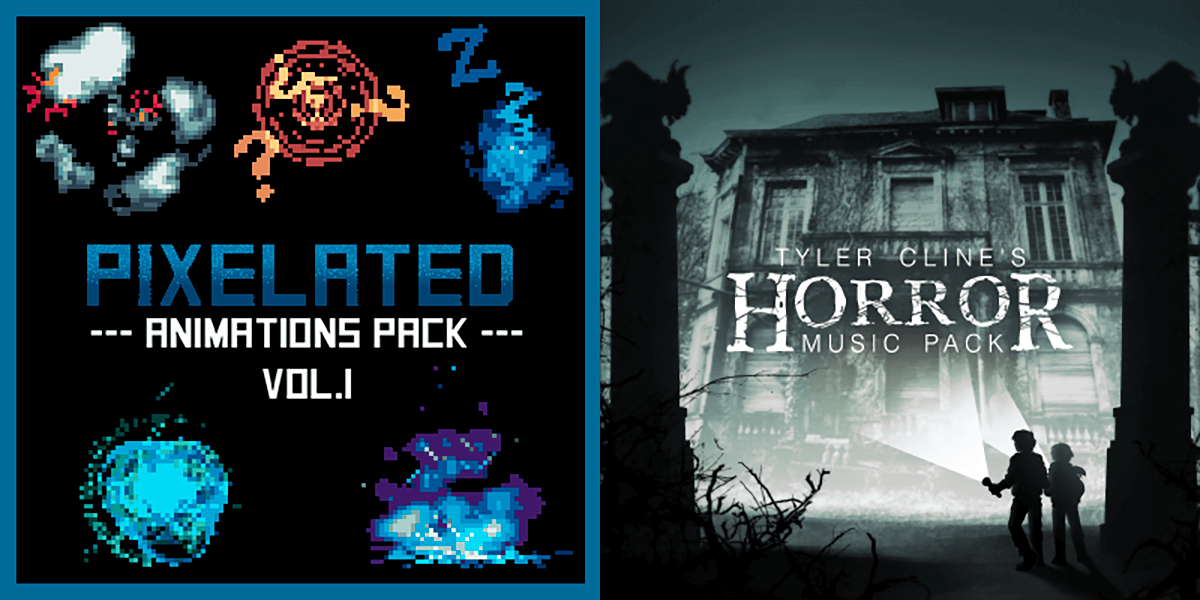 Our RPG Maker Festival Sale begins on the Degica Shop, plus 2 new releases!

The RPG Maker Festival is here, and to kick it all off the Degica Shop RPG Maker sale has arrived! With discounts across the Degica Shop on RPG Maker products, you are sure to find something that is right for you! What more is yet to come as we continue to celebrate RPG Maker Day with our Festival? Be sure to keep an eye on our social media to find out! But it's also release day: So let's look at the two new packs designed to enhance your game!

Bring some more pixel art love to your battles with Pixelated Animations Pack Vol.1! Bis has created a pack of 62 pixel animations to help level up your battles! Now you can make sure that your pixelated game keeps its aesthetic even in the middle of a fight.

With a selection of physical, magical, and status-changing animations, this pack covers plenty of possible skills! Common magic attacks like fire, water, earth, darkness, and light all have 3 different animations so that you can give more powerful spells fitting animations. Give your weaker wind skill a simple swirl of green magic and save the twisting tornado animation for your powerful whirlwind spell. You don’t have to give only your mages some new animations though, since this pack includes weapon slashing, piercing, and hitting animations perfect for warriors. Each physical attack also has fire, ice, and thunder variations, so your magic swordsman can make the most out of both the magical and physical animations!

Battles aren’t the only place these animations could be used. Play the poison animation when your hero accidentally steps on a trap, or have death’s purple skull appear over an assassin’s unfortunate target. The burning meteor could be an attack from an enemy’s ballista or forewarning of a volcano’s eruption!

Beyond the animation sheets, this pack also includes the animation data for Ace, MV, and MZ so you can drop them right into your game to save yourself some time while setting them up. Pick up Pixelated Animations Pack Vol.1 and give your retro game some suitable skill animations!

Add a touch of terror to your games with Tyler Cline's Horror Music Pack! Tyler Cline’s latest pack features 12 tracks to send chills up your players’ spines while they explore dark dungeons and creepy houses. Keep your players on their toes with ghostly winds and nerve wracking beats, and make them worry when the BGM suddenly changes!

Creep through forgotten graveyards while a haunting track plays to remind your players that they’re not alone, or have fast-paced metallic beats pound while they try to outrun a faceless monster. If jumpscares and chase scenes aren’t your thing, then grab one of the quieter tracks with low tones and light taps to add an uncomfortable ambience to the abandoned building your heroes are searching.

Don’t skip over this pack if you’re making an RPG though, since horror games aren’t the only ones that can make use of these tracks! Use one of the tracks with steady drums and haunting winds when you introduce a character who seems untrustworthy, or when exploring an empty town that was teeming with life the last time your heroes passed through. Maybe instead of a bombastic track your heroes’ encounter with the villain needs music that’s slower and much more ominous, causing your players to think that maybe they aren’t actually ready for that final fight.

Each track comes in WAV, OGG, MP3 and M4a formats, making it easy to use in your favorite engine. Update your game’s music from ‘kinda spooky’ to ‘downright terrifying’ with Tyler Cline's Horror Music Pack today!