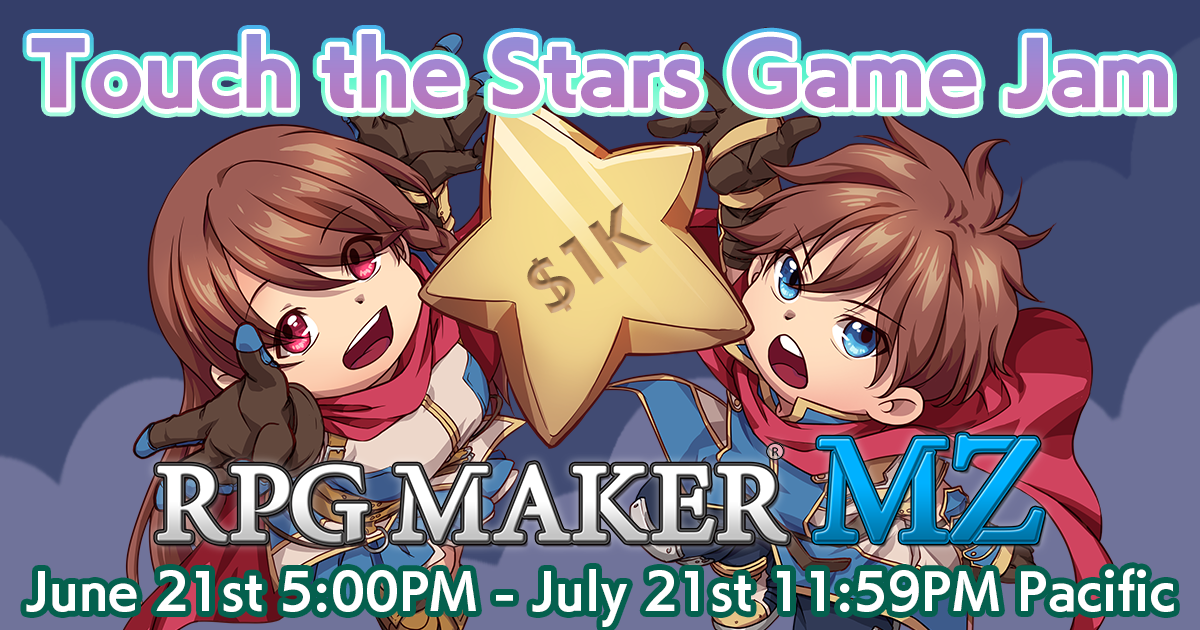 Like the Demon King looming over Harold, the deadline for our RPG Maker MZ “Touch the Stars” Game Jam hangs over all our heads. Soon, the submission period will end and the Four Judges (that doesn’t sound ominous at all…) will begin playing through each entry. You’ve given it your all, now make sure that you don’t disqualify yourself at the last minute.

With the deadline looming at July 21st 11:59PM Pacific, here are 3 Tips to make sure that you get your game submitted in time!

Go Through The Rules (And Your Game) One Last Time

You’ve been testing, testing, and testing some more. You’re tired of seeing your game. We get it, but if you want your game to be the best it can be, you need to go through one more time. Go through the rules of the Game Jam, as well as your game, and make sure that everything is in order: You don’t break any rules, and your game works. You’ll thank us later.

If you hang around any of the Judge’s channels (Driftwood Gaming, Studio Blue, HawkZombie, RPG Maker Cola), you’ll know that the mantra “Test Your Game” is universal. But it’s more than just testing your game in the editor. Test the deployed version of your game. That means that before you upload it to the contest site, deploy it (as if you were going to submit it), move it to a separate folder, then test that. You’ll catch bugs that would otherwise lose your chance of winning.

Start Uploading a Day Early, No More Then Two Hours Before

We’ve seen it happen time and time again. A great game by an aspiring developer uploads just a few minutes after the deadline passes. They message the hosts of the Game Jam, upset and panicked, begging for their entry to be accepted. However, for this contest, given all that is at stake, there can be no such extension. If you game is even one second past the deadline, it will be disqualified. So, please, for the sake of all the hard work you’re doing, do not wait until the last minute to start your upload.

As we near the end, though, take a moment’s respite to feel good about yourself. You’re doing it. You’re making a game. Go for it!

Click below to read the full rules and how to submit your game!