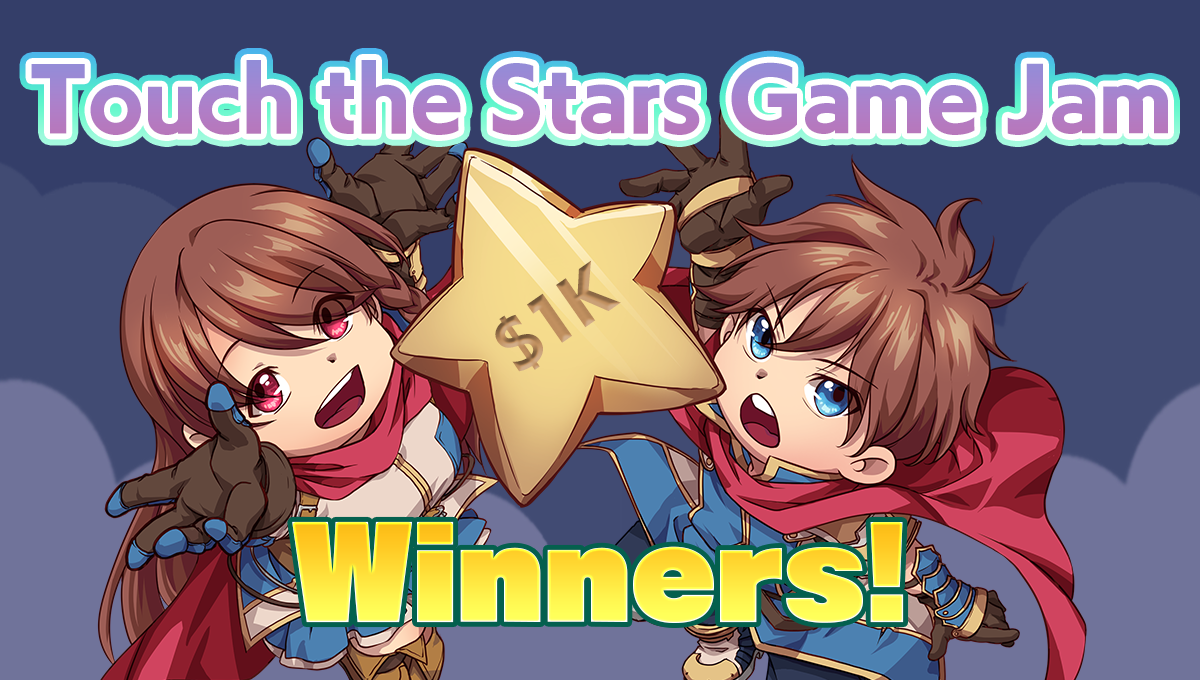 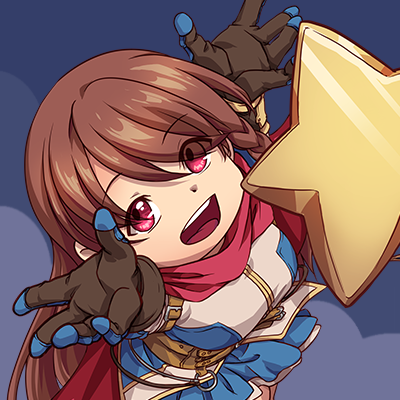 This is it, the moment you’ve all been waiting for! The judges’ scores are in, your votes have been tallied, and we can finally announce the winners of the RPG Maker MZ “Touch the Stars” Game Jam. 120 intrepid developers succeeded in the monumental task of stretching themselves and the RMMZ engine to their absolute limits. But with all contests, a winner must emerge. So, join me in congratulating those who rose to the challenge and placed.

First up is Fan Favorite. While this game does not get a publishing contract with Komodo, the developer(s) get a cash price of $250 USD.

Cities in the sky have always captivate our imagination, showing us a fantastic world just beyond our grasp. Take on the role of a small robot who struggles to free the residents of Astir City from the threat of the Infestation Liquid, recruiting and training enemies into star followers. As he and his companions learn new powers, their journey will take them from the safety of the city into dangerous territory, all to save their home.

Astir Evolution won “Fan Favorite” with an aggregate score of 4.7.

Now that we’ve showcased the game YOU all loved the most, let’s see what the judges decided, and who earned themselves a place on the Komodo Store Front, published for the world to see.

Take on the role of a cute little monkey who witnesses a star falling from the sky and goes on a grand adventure to find it. Along the way, the adorable simian meets a cast of animals, each with their own motivations for joining our hero. The companion you take affects your ability to overcome certain obstacles, as each possesses their own unique power and personality. Make friends, help others, see the world, and enjoy a multitude of different fulfilling endings.

Prize: $250 USD, and Forest Star will be published by Komodo on Steam

Let loose your inner hunger as you follow the powerful Buffet Knight in his quest to rid the land of the nefarious Demon Chef. Along the way, gobble up just about anything and spit it back at your enemies, defeating them and growing in power. Don’t grow too much, though, or you may not be able to contain your insatiable appetite. With gameplay similar to the Kirby franchise, and two very different endings, this game is for anyone who’s a glutton for adventure.

Prize: $500 USD, and Buffer Knight will be published by Komodo on Steam

The itsy-bitsy spider may have gone up the waterspout, but Berry performs a marathon of fantastic gameplay and amazing fun. Join this adorable arachnid on their adventure to find the tastiest of flies. Along the way you’ll dodge fire bugs, leap across platforms, and follow the dubious advice of questionable cockroaches. Once you get the controls down, you can overcome obstacles and defeat bosses with a sense of pride and accomplishment. Just don’t forget to climb up that proverbial spout again and again until you reach the stars!

Prize: $1000 USD, and Berry will be published by Komodo on Steam

Please reach out and congratulate the winners of the Game Jam, but don’t forget everyone who entered. It takes amazing courage and determination to participate in one of these contests and put your work out for everyone to see. Developers, you made a game, and for that you are all winners.

And be sure to go to the Game Jam Page to see all the other Entries as well!